What’s your first reaction to insects on your farm? - (Uchechukwu Agidigo) 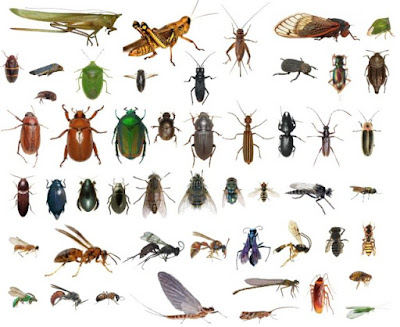 There are thousands of insects living on your farm. If you can identify these insects, it would inform your reaction to its presence on your farm.

Based on observation from different farmers around Roguwa community, the reaction of farmers to insects on their farms would be classified into three:

The first category of farmers wants to squash them all. Immediately they spot any insect whatsoever, they stroll to the store and purchase the strongest chemical pesticide to kill them all. IS THAT CORRECT?

The next category of farmers don’t really care about them, after all, they are tiny creatures who can’t hurt anyone or thing. Well, it’s really not his fault, he doesn’t know better. OR DOES HE?

The final category observes the insect type after which he decides whether to kill them or let them go free. WISE FARMER?

NOT ALL INSECTS ARE DANGEROUS ON YOUR FARM!

Contrary to popular belief, not all insects want to eat your vegetables or become a pest to your animals. So what insects can be classified as the ‘good guys’?

The honey bee is a harmless and helpful insect on the farm because it pollinates the farmer’s crops while gathering its food. Pollination allows the plant to create its seeds, such as grains of wheat or kernels of corn. Many farmers keep beehives on their farms to ensure the pollination of their crops because there are very few honeybees left in the wild. The plus side to this is, the farmers could still harvest, honey and bee wax which is healthy and also extra cash for the farmer.

The ladybug is not just a lovely sight but also feeds on harmful insects like Aphids, Whiteflies and Colorado potato beetles in their larvae and adult stages. This ensures the safety of the farmer’s crops in the nursery and on the field. The ladybug goes for around ₦9,000 today at insect stores, the farmers should appreciate what they have.

The spider is an amazing hunter, it will patrol your garden catching and eating insect pest according to Hartung. However, not all spiders are hunters, some are web weavers. Examples of spiders that hunt include, wolf spiders and crab spiders. Spiders feed on aphids, leafhoppers, caterpillar, spider mites and grasshoppers to mention a few. Studies have shown that spiders are the most efficient at controlling insect best on the farm. They are however not referred to as insects because of their eight legs but rather called arthropods. Even though the web of spiders can trap beneficial insects, its efficiency in insect pest control outweighs the harm it could cause.

Other beneficial insects to a farmer include ground beetle, praying mantis, braconid wasps, damsel bugs, green lacewings, minute pirate bug, soldier beetles, mealybug destroyers, to mention a few. These insects contribute in their own way as a medium of biological control of insect pests.

There are millions of insects that are harmful to crops. Some of them include grasshoppers, aphids, scale insects, caterpillars, spider mites, thrips, and leafhoppers, to mention a few. These insects can cause devastation to your crop from its early stage. They feed on leaf, stem, and root of plants. When there is an outbreak of insect pest on your farm, actions to rid yourself of these pests must be initiated immediately because if these insect pests are in their numbers, your farm could lose everything green in just two days. Some insect pests on the farm hosts on your animals which could cause discomfort, injury and ill health to the animals. Some of these insects include lice, fleas, bugs, tsetse flies, ticks and mites. They have biting or piercing and sucking mouthparts, this allows them to feed on the blood of the host animal. The loss of blood can make the farm animals unhealthy and irritable which could make them nervous and hence, reduce their productivity.

Every farmer should find out which of these biological methods works well for his farm. Note that, the introduction of an insect to your farm to control insect pest should not be the first option. Before you introduce beneficial insects to your farm, here are some important things to consider.

Neighbors – have the courtesy to tell and educate your neighbors on introducing beneficial insects to your farm. The last thing you want is for your neighbors to be spraying chemical pesticides all over the place, which would have a knock out effect on your farm. Besides, your neighbors might just want to invest in insects too.

Optimal environment – make sure the climate and vegetation is a suitable habitat for insects. Also, ensure there is a low to a medium population of the targeted insect pest on your farm. Otherwise, the insects might just leave for an area with a more reliable source of food.
Posted by Unknown at 2:14 AM